Here I am in Adelaide after 17 days cycling and already more than 2 000km.

It's been generally good so far and I haven't encountered any major issue.

My main concerns were about water/food, cars/trucks, free-camping and the sun.

Sydney to Melbourne - The test ride

The first part of the trip from Sydney to Melbourne was a really good training for the rest to come.

I was alone and cycling a minimum of 200km per day. It was really hot (due to the heat wave coming from the south) and the towns were quite far apart.

I mostly cycled on the Hume Highway which has a pretty large shoulder where I wasn't bothered that much by other vehicles. The asphalt is not always very good so it was slowing me down a bit (a couple of km/h) and I had to be careful about where I was going - also avoiding dead smelly animals. Still, this was less dangerous than being on the road.

The first 3 days were really hot (about 37°C in the afternoons, maybe more) so I was drinking more than usual. Twice, I had to ask for some help because I didn't have enough water. Then I carried more water and I was more careful about where the next town was... because I admit, I haven't looked it up before I left; I only knew that I was going to Melbourne and that I would probably take the Hume Highway.Then once I knew more about where to get water I didn't have any other issue.

As for the food, I was not cooking at that point and only buying in stores or pubs/restaurants.

I also had to be really careful about the sun. I was trying to avoid cycling between 12am and 2pm. Although I could not always find the right spot to stop at the right time.

The sun is always stronger during the afternoon. I would recommend long sleeve shirts but since I didn't have any I sometimes wrapped my exposed arm in bandages. 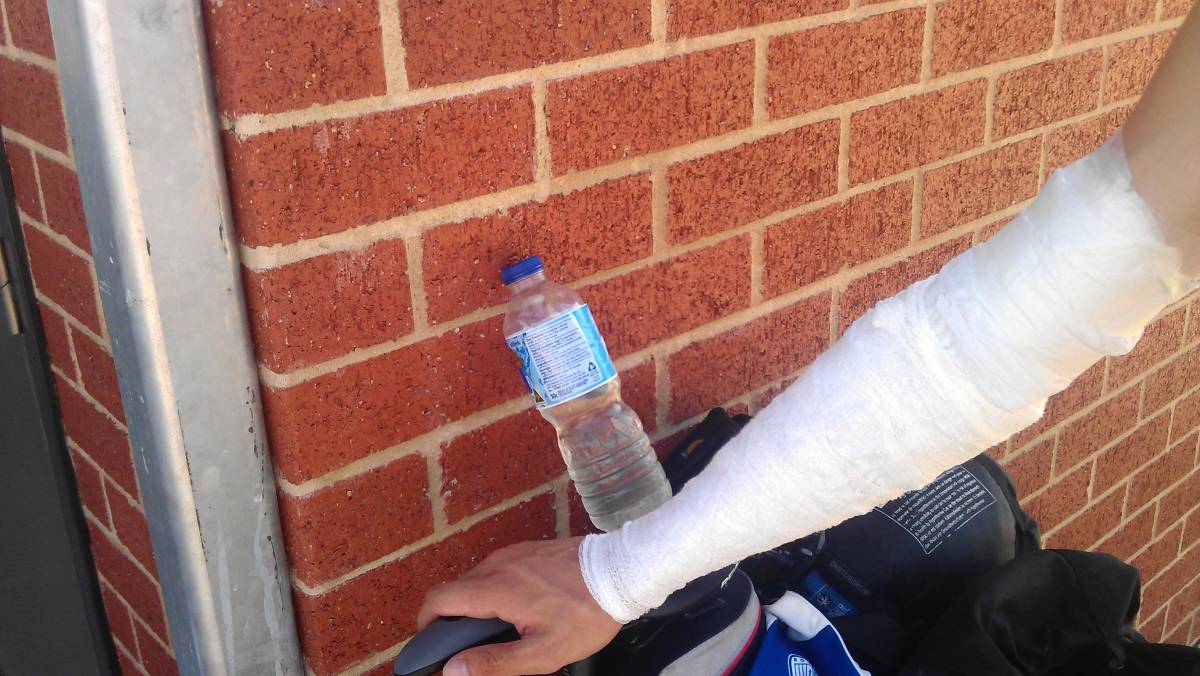 As for camping I mostly stayed in small towns at first. I was looking for some green spots on Google Maps and then I was going there to look for somewhere hidden, flat and possibly close to a source of water.

Most of the time I was setting up my tent after the sunset and leaving during the sunrise. Hardly anybody noticed/cared.

Melbourne to Adelaide - Where good/drinkable water is precious

Then once I got to Melbourne things got a little bit different..

First I met a travel partner also going to Adelaide (on his way to Darwin !). He had all the cooking equipment and he was much more prepared for the trip (at least he already knew which cities/towns he was going to go to and how far apart they were from each other).

My food expenses were starting to go down a bit not having to always buy meals from shops. And I'll admit, it felt really good to eat a warm plate of pasta or rice at the end of the day. So now I'm planning to buy my own cooking gear for the rest of the trip.

Secondly the weather started to be pretty bad. Sometime we had to cycle in the rain and/or against the strong wind coming from the sea. The sun wasn't a big issue any more but the wind was really annoying and the rain wasn't easy to deal with cycling and camping outside every day. 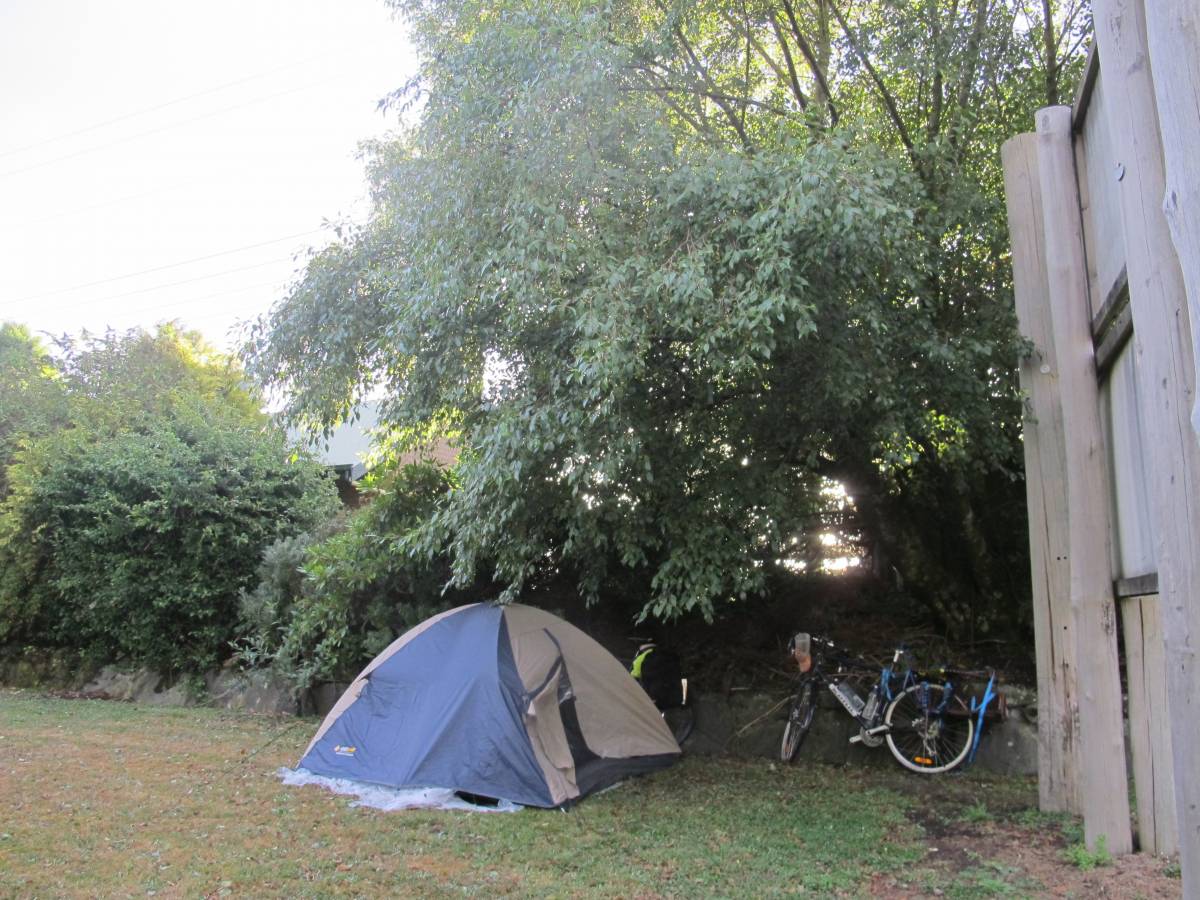 Also 'free-camping' is prohibited on the Great Ocean Road. We could see signs everywhere to remind us about the pretty expensive fines we could get if we were caught camping in some places.

So we always went a bit off the roads to look for a remote spot where nobody would come and look for us. We sometimes asked local people about where we could put up our tent for the night without bothering anyone and be safe from rangers.

You'll see in the Image Gallery some of the camping spots we found. Most of the time they were against a fence as far as possible from the road and behind a few trees. That way we weren't in someone's property and nobody could see us from the road.

We never had any issue about camping - and we never payed for accommodation.

Cycling along the coast in Victoria is really enjoyable but we found out that water wasn't always easy to find and wasn't always very good.

Andre even got sick one day probably because of the bad water in the public toilets of Laver's Hill.

Then once we crossed the border and entered South Australia the water started to be better - and clearer.

The roads along the coast are also narrower and the shoulder we usually cycle on was too narrow. Car, caravans and trucks became a real issue. Good thing we had mirrors to see them coming and sometimes quickly go off the road when they didn't seem to move from their lane.

Being able to hear them coming is also really important. I would not recommend listening to music on such roads. Also when the wind strongly blows we had to be even more careful because we could not always hear drivers coming.

Going from Sydney to Adelaide was my original plan and going further was an option (that I really wanted to take).

I had a few concerns (listed above) that I was unsure about. But every problem has its solution. Now I feel pretty confident about cycling in Australia and I'm ready for some more adventures…